Welcome back ya buncha NERDS! (Don't worry, it's something to be proud of. At least we're actually reading instead of sitting in front of the idiot box all day like the majority of the population ;) ) In the third installment of this monstrosity of a review, I'd like to take some time to recognize some of the best independent comic books I came across on my long constitutional through "artist's alley." The unfortunate aspect of the independent comic book community is that there is much difficulty for the creators in getting their literary works out there to the public. (This is something I am trying to fix, particularly with this blog!!) However, the great thing about these cons is that it provides creators with excellent exposure, and gives consumers a chance to meet with the actual writers and artists, talk about the premises of their books, sample the artwork, and find new, fresh reading material that one would never come across in the "mainstream" comic book world. Below are my Top 5 indie picks from the 2014 con: 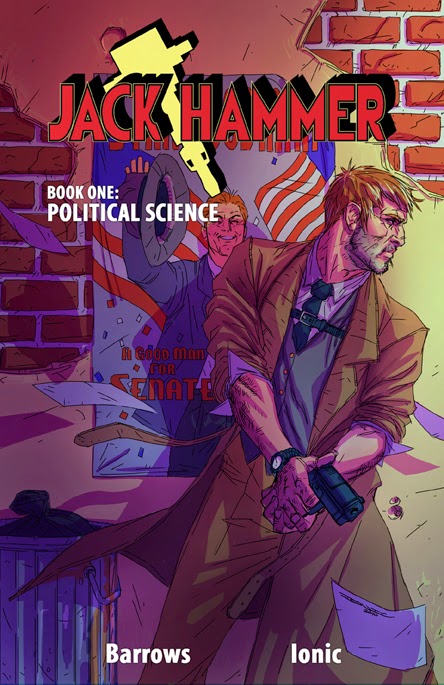 This one was a blast, and not only because it took place in Boston! Private eye Jack McGriskin is searching for a missing person. However, all he finds is a dead corpse ridden with rigor mortis, and a network of crime and corruption that leads him from the blue blood streets of Boston, Massachusetts, to the halls of congress! This was a favorite of mine simply because I love crime fiction, I love dark, gritty character development, and I love Boston! Imagine if "Dirty Harry" was converted to graphic novel form, and took place in Boston instead of San Francisco.. O.k. good. Now add a lot more suspense, plot twists, government corruption and BLOOD. Yeah, that pretty much sums up Jack Hammer.. Just like Clint Eastwood, he's a "tough as nails" street avenger who plays by his own rules. Bad-Ass! 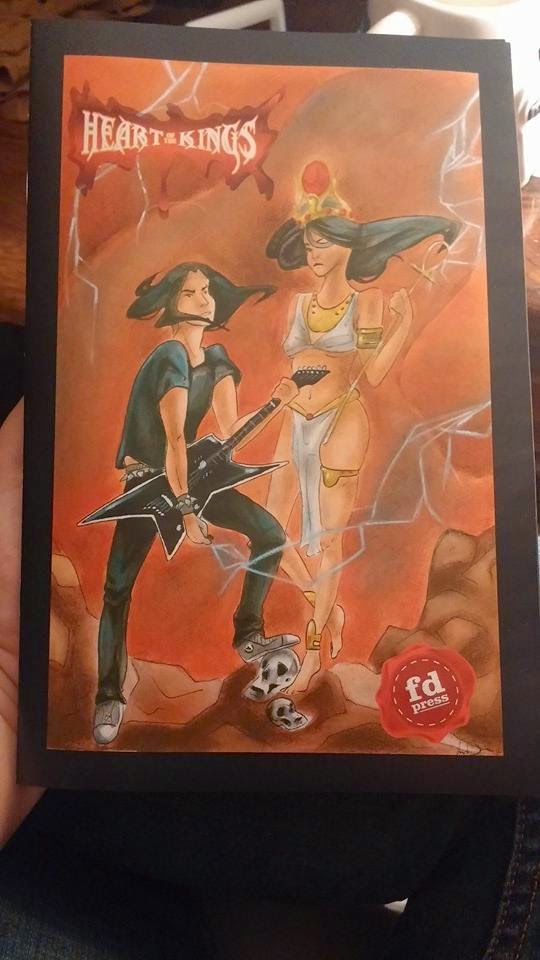 "With fingers like lightning and a heart of steel, this man would bring on to the world precisely what it needed, which was...... TASTY ASS JAMS."

This tale of a headbanger's personal struggles while on the path to greatness is the brainchild of breakthrough writer / artist DJ O'Connor. For being DJ's first publication with FD Press, the concept was fresh and distinctive, and the pencil work electrifying and dare I say... NARLY?! This tale of the strife one guitarist goes through on his journey to rock and roll stardom takes the reader through a failed stage dive, a nasty brawl with a violent skinhead mosher and a pink slip from fellow band mates. In fact, everything seems to be spiraling downhill for our hero rocker; that is until he has an encounter with "Hathor," the "goddess of music"! A fresh new concept, a fresh new up-and-comer to the independent comics community and an all around fun read.

***To obtain your copy of Heart of the Kings, contact DJ O'Connor @ djoconnorart@gmail.com
or visit the publisher's website, (FD PRESS) @ ReadFD.com 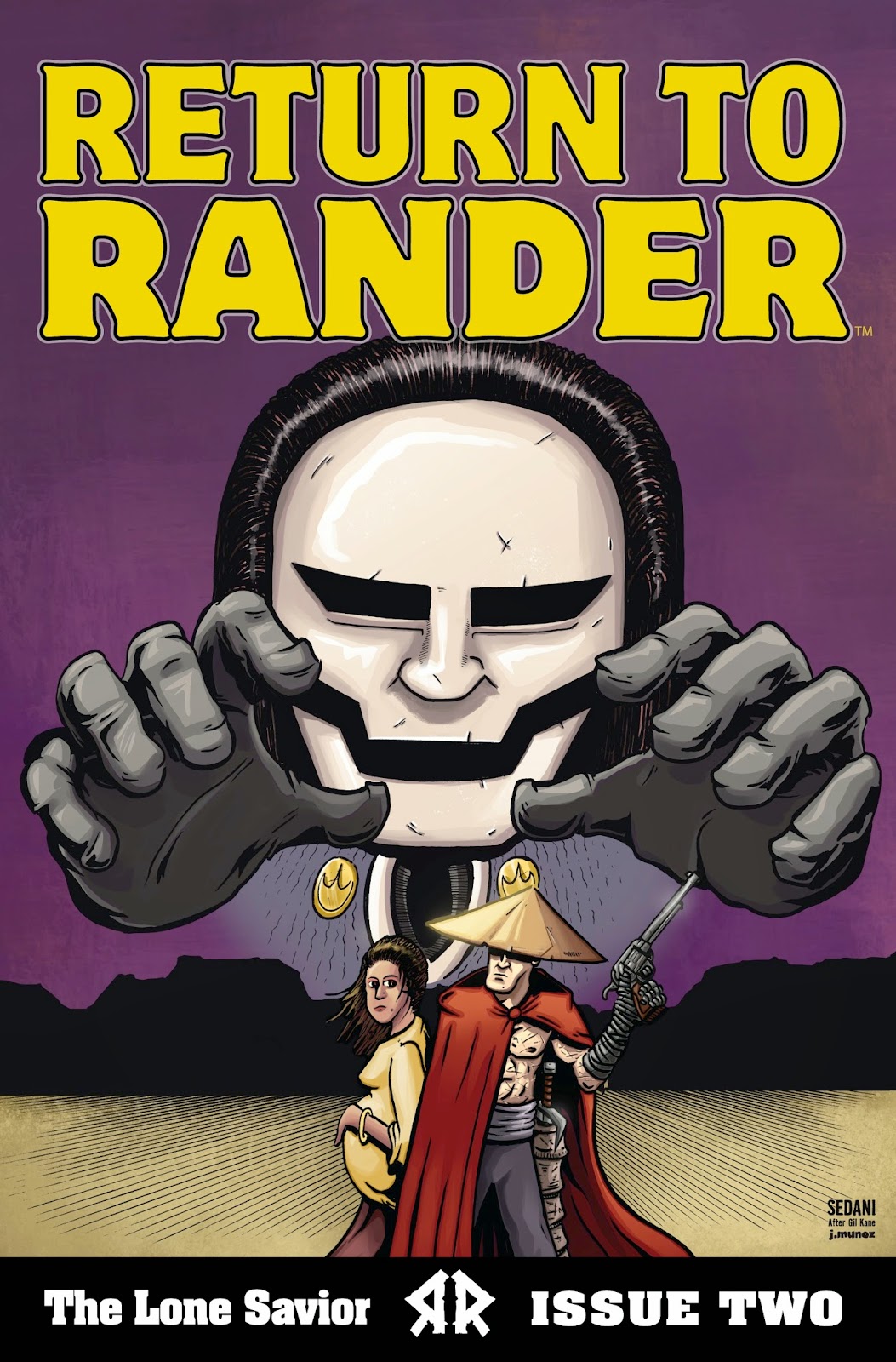 Imagine you are stranded far from home.... with amnesia!!! That is exactly the premise of this graphic novel masterpiece. The main protagonist of the story has no recollection of his past, and simply wants to find his home: "Rander." If that's not a scary enough concept for you, throw in a mysterious, cold, calculated villian like "The Matador," (shown above in the creepy white mask), who is relentless in his pursuit of our hero, some incredibly intricate supporting characters, and you have a story so creative and suspenseful that I guarantee... yes GUARANTEE, that you won't be able to put it down until you have read all three issues of The Lone Savior. Additionally, I really love Sedani's artwork. A graduate of the Joe Kubert School, Sedani definitely was able to fine-tune his own personal style. The attention to detail Sedani puts into each panel is just awesome; and it makes the reader feel like they are along for the journey. Additionally, readers will see the hero dawning a very interesting Eastern-inspired outfit, complete with a killer samurai sword, a six-shooter and a hat so distinctive, the reader can distinguish the main protagonist in the darkest of silhouettes. This is something Sedani planned for years ahead of time. With elements of numerous genres, including, but not limited to kung-fu, western, action/adventure and fantasy, this is one of the most original independent graphic novel series out there today. Be on the lookout for issue #4 by October, 2014.

*** To obtain your copies of the Return to Rander series, be sure to visit Tony Sedani's website @ www.returntorander.com 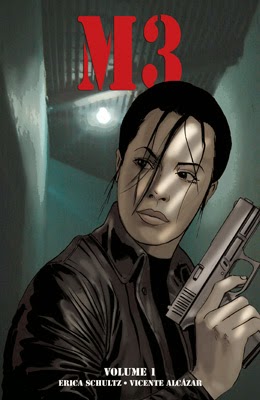 Considering the fact that this publication won "Best Comic" at the 2012 Burbank International Film Festival, I'm sure the quotation above speaks for itself. However, in my own words, this was a realistic and refreshing read with top shelf artwork. The reason I found this so refreshing, is that there really aren't enough crime noir books out there right now, especially starring a female protagonist. I am typically not drawn to female characters, not because I am chauvinistic, but simply because most female characters in comic books are written by men; and since men typically do not know what it is like to be a woman.. well it leads to very one dimensional female characters. What I am trying to say is that when men write female characters, they usually end up with very masculine personalities. This takes away a lot of the realism for the reader.
However, with that being said, the way Erica Schultz writes the character Machiavella Maria Marcona, (M3), is such a breath of fresh air, and so much more exciting to read than most other female protagonists. This character has the brutality of The Punisher, but maintains her strong sense of femininity throughout all of her struggles escaping custody and going on the lam from the feds. This one really and truly kept me on the edge of my seat. 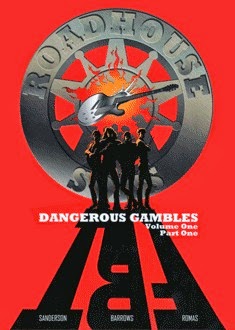 That is the very first line on the first page of the first volume of this thrilling mash-up of rock and roll and espionage, read by none other than Walter Cronkite! Have you ever wondered what would have happened if the Cold War went HOT?? J.H. Sanderson, former pro wrestler and current road manager of the band Studebaker Hawk, (the inspiration for Roadhouse Sons), paints a grim picture of what that alternate future would be like. In a society where basically every desirable commodity is rationed by the government, (ie. meat, coffee, booze, gasoline etc.), there is little in regards to escapism except to go see live bands play at dingy dive bars. Enter: the Roadhouse Sons, the next big rock and roll sensation, complete with full backing by the U.S. government! How did this happen? In the sneakiest manner possible, the F.B.I. forces the band into a compromising situation in which they must agree to be government operatives!
Based on Sanderson's novel Dangerous Gambles, book one of the seven-part series about the Roadhouse Sons, this one completely blew me out of the water. With artwork by Allison Barrows and Romas that far surpasses most mainstream illustration, and an in-depth plot with amazing character development, it became an immediate addiction to follow the band members through their dangerous spy caper of murder and corruption. By the end of part one, it is apparent that the band members really have no one to trust; and that makes for great "edge-of-the-seat" reading! As this outstanding work of graphic novel literature is by far my NUMBER ONE PICK from artist's alley this year, be prepared for me to rave about it some more in an additional article real soon..

Well ladies and germs, after covering this con, I am spent! See you at next year's Boston Comic Con, and be on the lookout for more of my comic-related rants very soon!!

Your pal with the comic book "know-how,"
The Vigilant Geek

Posted by Unknown at 5:44 AM No comments: 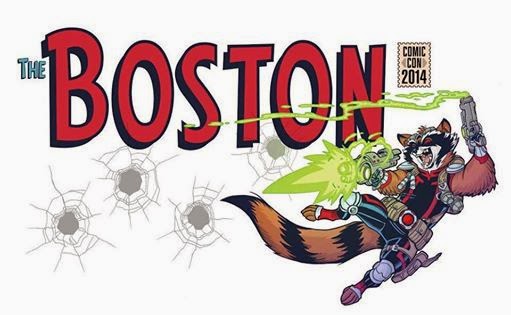 Welcome back to the "Vigilant" recap of Boston Comic Con 2014! Since there were so many attractions to cover, this review had to be split into three parts!! Incredible.. I know!

Anyhow, down to business... and yes comic books are a business! .... and yes, I MEAN BUSINESS when talking about them...

The next panel that is absolutely VITAL to mention is the BAT-PANEL!

Characters: The Vigilant Geek and his team of evil comic book geniuses, a room full of annoying strangers dressed in silly costumes, and of course, the greatest creative team in comic books today, the current writer and artist of the Batman title book, Scott Snyder and Greg Capullo.

I am well aware that I tend to talk a blue streak about these two gentlemen on here, and maybe after this article, I'll give it a rest for a little while, but they are just so damn good at what they do! These two have revamped and redefined the dark knight with such grace and articulation, that there is no possible way either of them won't go down in bat-history as two of the absolute best to ever work on the book, (alongside the likes of Bob Kane, Bill Finger, Denny O'Neill, Neal Adams, Chuck Dixon, Frank Miller, Paul Dini, Alan Moore and Brian Bolland, to name a few). DC exec. Dan Didio handed these two the metaphorical "keys" to Gotham City at the dawn of the "New 52," and the duo has been hitting it out of the park ever since. 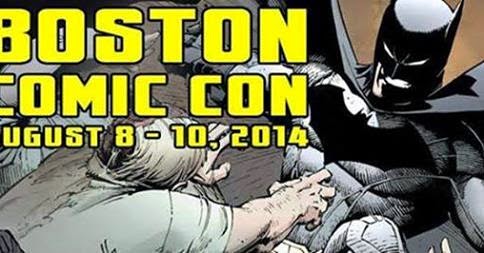 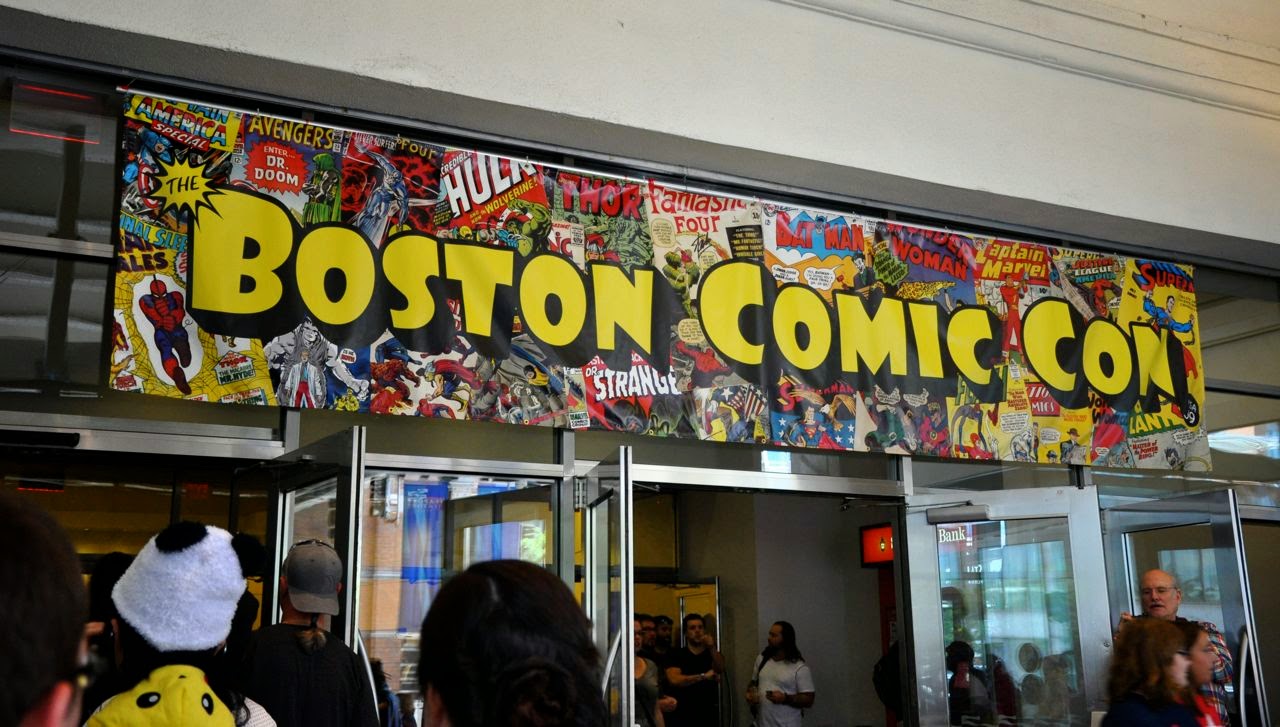 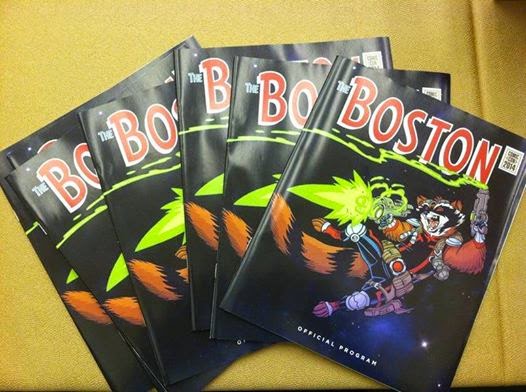 Posted by Unknown at 6:07 PM No comments: