A Comical Night Out at Comicazi!! 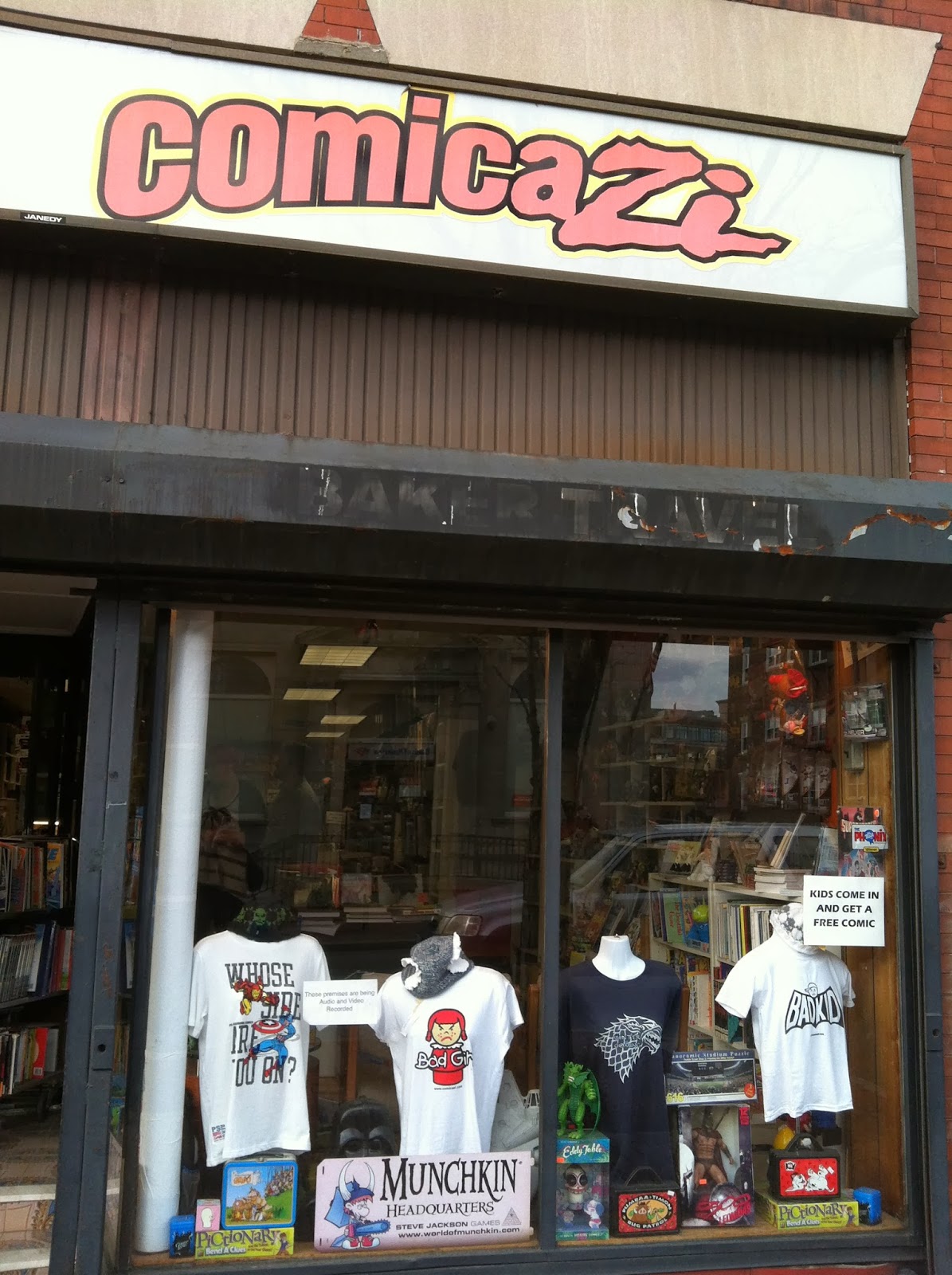 A stand-up comedy show... on a Saturday night... in a comic book store..... (scratch that.. one of my favorite comic book stores!)... Hold on, just hold on one second here... let me just check my day planner here... umm yeah, COMPLETELY FREE!!


Well, let's just say I was ecstatic over my decision to attend "Completely Unreliable," at Comicazi in Davis Square, Somerville, MA on January 18th at 8 pm for much more than just the usual Beantown chuckles. First and foremost, (and this is before I even begin discussing the live entertainment), the wonders of the store itself should absolutely be addressed. 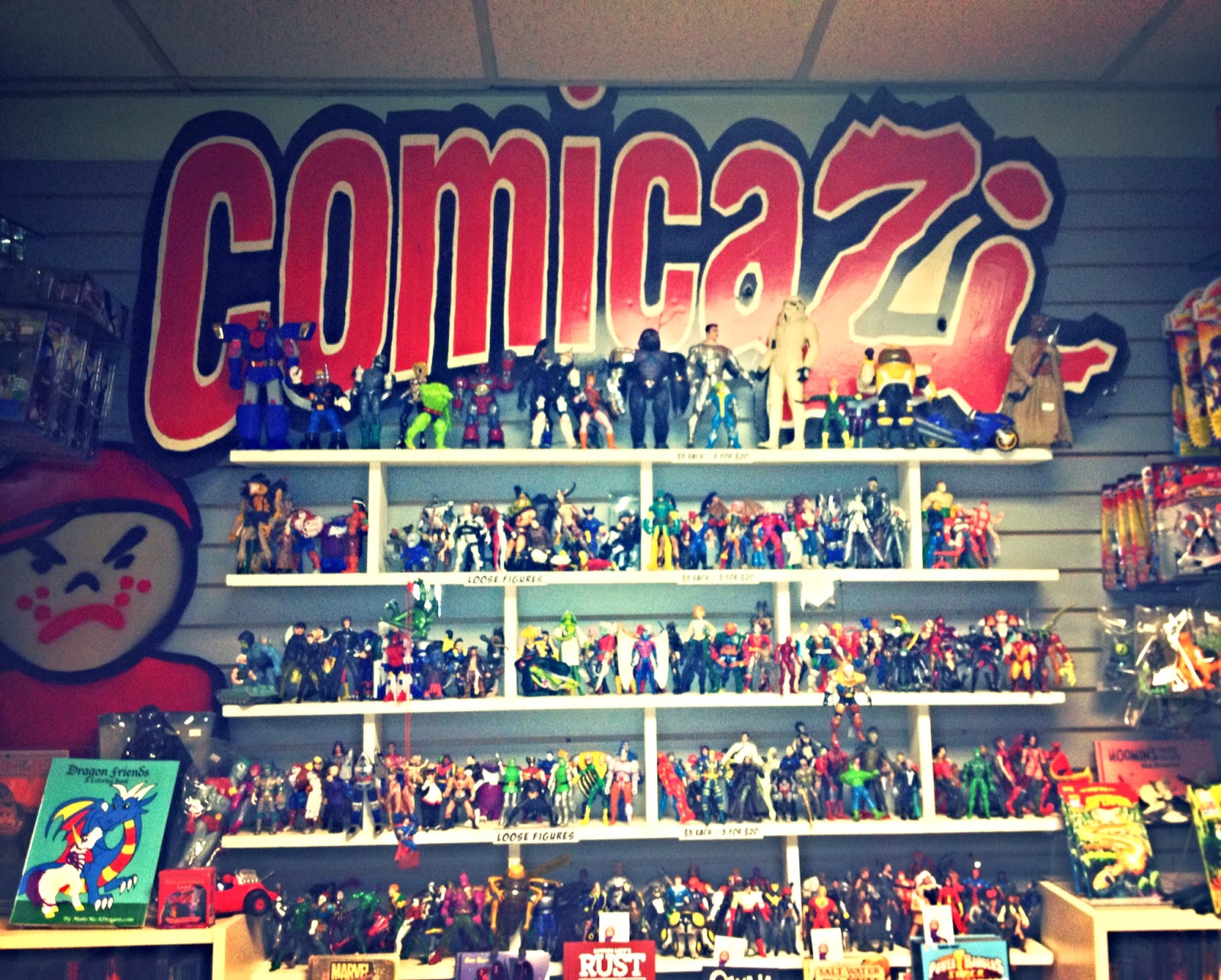 Yes, Comicazi is truly a comic book enthusiast's paradise. While waiting for showtime, I was able to spruce up my Daredevil, Hellblazer and Sandman softcover collections, chat it up with some of the Boston area's more knowledgeable comic book afficionados, and even enjoy a spot of nostalgia while soaking in the largest collection of vintage comic and pop-culture toys, novelties and figurines this guy had ever seen. 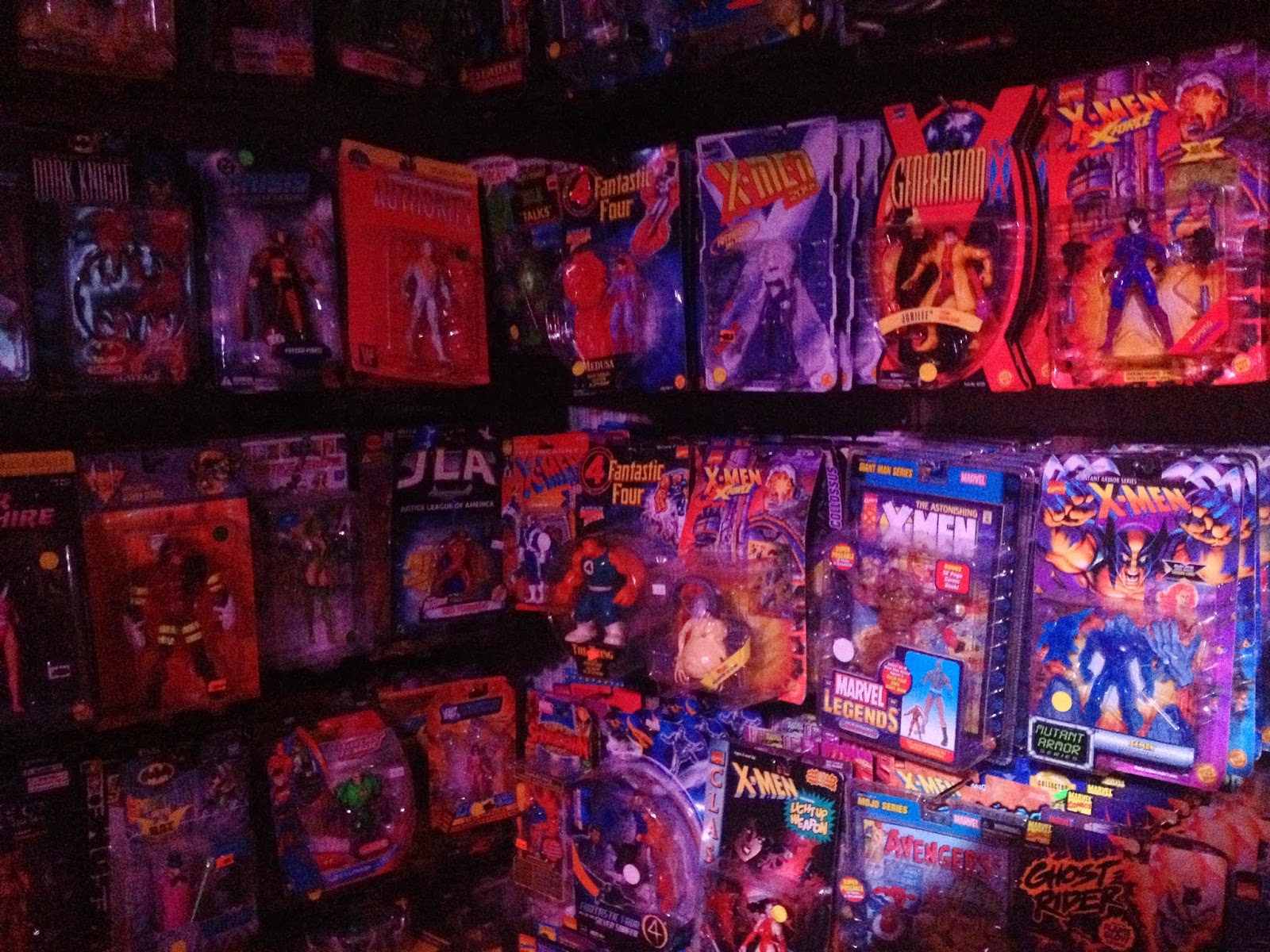 However, time flew by rather quickly while mystified by so many old comic book relics, and before I knew it, the curtain had been drawn. Towards the back of Boston's geek culture mecca land, the show had begun.

The hosts of "Completely Unreliable," Boston comics Sam Ike and Mickey McCauley, brought a fresh and inviting feel to the room. These two gumshoes may be sheer laughter technicians, but that did not stop either of them from engaging the audience through clever crowd work throughout the night, making it seem like they were each just an old friend telling hilarious jokes to brighten the evening for all.

Sam and Mickey's roster of stand-up acts included Alana Eisner, John Baglio, (He was seen later that night at a party at Pete's. I was told this was a pizza party as well.), Kate Procyshyn, Justin P. Drew, (who holds the title for best aol screen name ever), Roger Miller, (this guy has a sweet beard) and oddly enough, a man that went by the name of, "The Duke of Cambridge," (played by Boston stand-up comic Nathan Burke).

Boy, could I write a real doozy about that old Duke! This snooty, yet undeniably regal nobleman from what appeared to be sometime during the days of the feudal system in England, was not afraid to get his knickers in a bunch over numerous hot button issues that seemed to concern.... well him, and only him. Issues discussed included, but were not limited to sexual relations with one's own daughter, the etiquette and mannerisms of a nobleman versus that of a moor, and even the joys of watching people starve to death! Watch this dastardly bloke carry on for a few minutes below:


All in all, it was a truly hilarious and enriching experience attending "Completely Unreliable" at Comicazi in Davis Square, Somerville, MA. For someone on an aspiring writer/blogger's salary, (which at the moment is next to zero after subway fare), it was one hell of a way to spend a Saturday evening. No, I cannot say that my nights out in the bean include much in the ways of fine dining atop the Pru, nor do they entail fancy clubs and expensive concert tickets. A typical night for a man of my social stature usually involves the Bruins game and a Five Guys burger. However, on a magical night such as this, a night where the great artistic mediums of stand-up comedy and comic books collide, you will not have to look too long to find "the vigilant geek."
Posted by Unknown at 8:03 PM