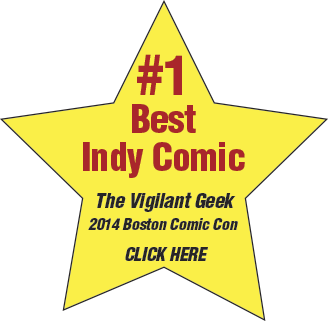 Welcome back boppers!! It is my absolute pleasure to present to you all an array of accolades for this Vigilant Geek’s current favorite independent graphic novel, my NUMBER ONE indie pick from Boston Comic Con 2014 and current front-runner for the inaugural “Vigilant Geek Awards: Best Indie Comic Book of 2014,” Roadhouse Sons: Dangerous Gambles. This brilliant fusion of rock n' roll and espionage is the brainchild of former professional wrestler and current road manager for the rock band Studebaker Hawk, (the inspiration behind Roadhouse Sons), J. H. Sanderson. Based on Sanderson's novel Dangerous Gambles, Book One of the seven-part series he has been penning about the Roadhouse Sons, this phenomenal contribution to the graphic novel medium completely blew me out of the water. With artwork that far surpasses most mainstream illustration, and an in-depth plot with amazing character development, it became an immediate addiction to follow the band members through their dangerous spy caper of murder and corruption.

Now, let’s take a moment to acknowledge the marvelous artwork I just mentioned. Allison Barrows did an amazing job converting Sanderson’s first novel to the graphic novel form. Not only can this talented woman be credited with the initial layout of the graphic novel, but also much of the illustrations. Along with Ms. Barrows, industry veteran Romas Kukalis was on the creative roster just to ensure the finest quality artwork imaginable; and it shows! Additionally, readers will have Ms. Alexandra Kukalis to thank for her wonderful work as digital assistant and colorist. Being a renowned New England artist in the oil medium, as well as an extraordinary theatrical makeup artist, she was the go-to lady for all coloring within the publication. I must rave about the coloring of this book as well because it was extremely visually appealing, which made putting the graphic novel down that much harder! It is quite clear that Ms. Kukalis's talent in other media transferred beautifully to the graphic novel arena, and I hope to see more of her work A.S.A.P. All in all, the attention to detail put into each panel is simply awesome. I really enjoy detailed, realistic artwork like what these two have showcased in this graphic novel. It’s the kind of artwork that makes readers feel like a “fly-on-the-wall,” within the story.


As if the art alone weren’t enough of a reason to read this series, Roadhouse Sons: Dangerous Gambles has one of the most intricate, distinctive and exciting plots I have seen in any independent graphic novel. Have you ever wondered what would have happened if the Cold War went HOT?? Sanderson and friends paint a vivid portrait of what that alternative reality might have been like. In a society where basically every desirable commodity is rationed by the government, (ie. meat, coffee, booze, gasoline etc.), there is little in regards to escapism except to go see live bands play at dingy dive bars. Enter: the Roadhouse Sons, the next big rock and roll sensation, complete with full backing by the U.S. government! How did this happen? In the sneakiest manner possible, the F.B.I. forces the band into a compromising situation in which they must agree to be government operatives!

Numerous trying occurrences during the band’s government employment, such as multiple poisonings by mysterious suspects, run-ins with a family of communist black marketeers and an international, geopolitical conspiracy so huge, it might have been the cause of the Cold War becoming World War III, each band member has their own intuitions, mental fortitude and will power tested to the max! Pretty faces lead to the darkest of places, no one is who they seem and blood runs cold as a result. By the end of Dangerous Gambles, it is apparent that the band members really have no one to trust; and that makes for great "edge-of-the-seat" reading!

Besides the outstanding artwork and intriguing plot, a third factor that makes this literary gem a “MUST READ” is the incredible character development throughout the story. Each band member has a unique look and personality. For instance, the band’s drummer, Evan Dixon, is also the band’s manager, a family man and the most level-headed member of the group. Clyde Poulin on the other hand, the band’s rhythm guitarist and token “pretty boy,” is much more of a risk-taking loose cannon than anything else. Personalities like this, combined with the bravery and leadership skills of front man Cameron Walsh, the rugged abrasiveness of the band’s roadie brawler Doug Courtland and the stoic, introverted nature of bassist Rich Webster, produces an extremely interesting melting pot of characters; and that’s just the band! The FBI agents the band are cooperating with, (Dwyer, McIntyre, D'Lorenzo and Lamont), all have their traits and quirks as well. The more these characters are forced to interact with one another, the stronger the character development becomes, and this does not let up for the duration of the volume! 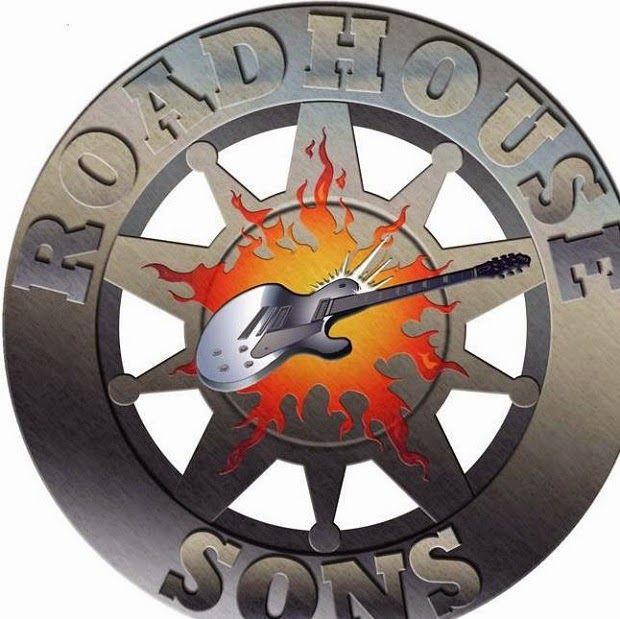 **A special thanks to Roadhouse producer Mia Moravis for her diligent coordination with me throughout the past few months.