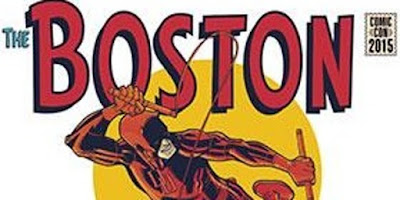 Hello again my faithful band of geeks, nerds, fanboys and girls and graphic novel gurus! I am excited to welcome you all back for another edition of THE VIGILANT GEEK. This week, I will take you on an invigorating journey which will recap anything and everything that was BOSTON COMIC CON 2015!! 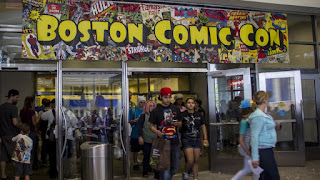 As my band of evil comic book geniuses and I entered the pearly white gates of Boston's Seaport World Trade Center, it was almost impossible to keep my bladder at bay, let alone contain my excitement! Well, exploding bladders aside, upon entering the con, we were overwhelmed by a wide array of amazing cosplayers, art exhibits, comic book creators and numerous other festivities. The annual cosplay contest was the best yet this year, and as always, was hosted by the stunning Ivy Doom Kitty.


*** Moving right along, here are some of the best cosplays I came across this year at the con:

** As my team of evil comic book geniuses and I bobbed, weaved and slalomed our way around the cosplay-related obstructions, we were off to the races as we embarked on a scavenger hunt for mainstream writer/artist meet/greets and signatures!! Some of the mainstream creators we had the pleasure of meeting with included: Babs Tarr, (Batgirl), Gerry Duggan, (Deadpool), Amanda Conner, (Harley Quinn, Power Girl), Jimmy Palmiotti, (Harley Quinn), Humberto Ramos, (The Amazing Spider-Man), Sean Murphy, (Punk Rock Jesus, Chrononauts, The Wake), Brian Azzarello, (100 Bullets, Wonder Woman), Eduardo Risso, (100 Bullets), Tim Sale, (Batman: The Long Halloween, Batman: Dark Victory), Scott Snyder, (Batman, American Vampire, Wytches, The Wake), Joe Quinones, (Howard the Duck), Tony Moore, (The Walking Dead), and of course, STAN "THE MAN" LEE!!! Check these pics out below:

** Coverage of Boston Comic Con 2015 is far from over! Join us in a few days for "Boston Comic Con: A Vigilant Recap (Part Deux), where we will discuss panels, publications and much, much more!!