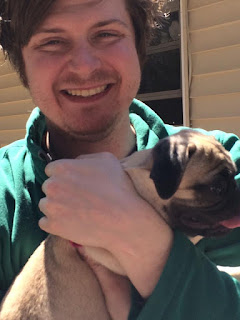 I have been reading comics on a casual basis since birth. In my later years I discovered graphic novels and I thought they were the greatest thing EVER. Mom was real big on getting me literate, and it has served me well for most of my life. I really got back into comics in 2012 when I realized that I was drinking too damn much and didn’t have much of a life outside of work. I needed hobbies, good wholesome ones that wouldn't wreck my bank account. DC Comics was 10 issues into The New 52 at the time and I discovered that DC, a company with almost a century of characters and backstory, had done a hard reboot. It was a sign! It felt as if DC was like, “No need to feel intimidated or lost in these story arcs! Here is a fresh slate! Feel free to join us on the epic new journey,” and that i did. The new found funds I freed up from my break from booze was more than enough to get me started. I bought back issues as far as i could go on titles like Justice League, The Flash, Aquaman, Superman, Dial H for Hero and Stormwatch. It was confirmed that I had been bitten by the comic bug. Over time my pull list became even larger. It is now 2016, and my pull list had maxed out at eighty, but I have been reigning it in and now sits at sixty-two. Sixty-two books a month I now read. Within that time I’ve been keeping up with the big two, (MARVEL and DC), the entire time.

When I first started reading seriously back in 2012, I thought it was the best thing ever! Why not? I had really low expectations and I was enjoying most of what they had to offer. Over time however, DC Comics' fatal flaw would be revealed. Since I began reading  seriously during The New 52, it took me awhile to notice that something within the books was missing; and over time it became much more obvious. DC had forsaken its rich history and continuity. So much history had been tossed away in the hope that they could make a few extra bucks by bringing in new fans, and it worked... for a bit. Over time, DC slowly lost a majority of the market share to Marvel. Things seemed bleak. Batman was still kicking ass and taking names but the other characters of the DCU couldn’t secure a hold. Then the man I trust most at DC, Geoff Johns, must have realized the company had fucked up big time. That is what brought about the Rebirth publishing initiative. Rebirth at its core was a love letter to DC fans with a deep heartfelt apology. Remember how things were? I do. Things can be back the way they used to be baby! I can change! With a single one shot, Geoff Johns accomplished more than any crossover event ever could. In one eighty page book, all of a sudden everything that had ever happened in the stories of the past seventy-five years MATTERED. Even for a relatively new reader like myself, the implications of this deep heartfelt apology were very apparent. Since then, DC has embraced its roots and every new story feels like part of something greater. Everything feels like it matters, and because of this, I will forever be a die hard DC fan.

Marvel has spent the past five years laughing to the bank. The Marvel Cinematic Universe is unparalleled in representation of the comic medium. The books themselves have been good. They should be, Marvel has become the New York Yankees of comic publishing. With DC finding itself now though, it may be changing the "House That Stan Built’s" strategy. Lately Marvel has been positioning itself for a reinvention. Their success has made them feel inadequate with the fact that Stan Lee saved them from obliteration years ago, and in an act of insecurity they have begun tearing down his legacy. So far, only the Fantastic Four have been exiled with the exception of the Thing and Jonny Storm; but soon it looks like Tony Stark will be replaced, maybe permanently with events folding out in Civil War II. With the prospect of the complete extinction of the X- Men, I have been completely unhinged. I get it, they signed some shitty contracts and Fox has the rights to F4 AND X-MEN. I'm going to go ahead and say one thing, the X-men are the most important Marvel property there is. No other book has championed those who feel different and ostracized by society more than the X-Men. As long as people feel like they don’t have a place in society, the X-men books should be written front and center. However, the fact that Marvel is considering killing off or transitioning characters isn't what concerns me. I feel that if done well, it would serve marvel for years to come. My beef is that Stan Lee is still alive and well, and even though he’s getting up there in years, he is cognitive and aware and still main events comic cons to this day. Let there be no confusion, Marvel is the "House that Stan Built." I believe that Marvel has every intention of moving on from Stan’s legacy. This transition, as disrespectful to Stan as it might be, may be a big mistake now that DC got their groove back. Well laid plans are going to fall apart. With hope I deeply wish the X-Men narrowly survive against all odds. With DC having its resurrection, Marvel is going to need the X-Men now more than they have in years.

These words have been brought to you by Holden Jack Orme. 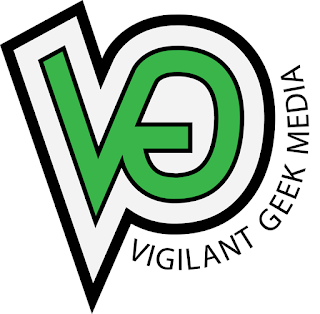