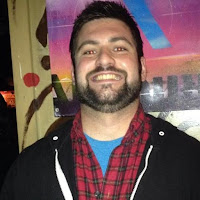 It occurred to me recently that I have been giving comics-based advice and referrals for THE VIGILANT GEEK for years now, and I have yet to discuss my own personal comic book background. This would be like a doctor who was unable to produce records of his or her own medical background to the patients he or she takes care of! In other words, not knowing how viable your source is can be DANGEROUS! However, you need not fear, as I have taken the time here to display a timeline of my comic book reading history!


I basically learned to read from comic books. Ever since I was a four-year-old, my father would sit me down and read me some of the classic late 80's and early 90's Marvel. The first comic I remember my father reading to me was Marvel's original Secret Wars from 1984. The reason why I remember this story so well is because this was the Marvel tale that my father used to teach me about bullies. When Doctor Doom manipulated the Molecule Man into using his powers for Doom's bidding, the scenario was used by Dad to teach me what a bully was. I remember being scared of bullies, but Dad would remind me that Captain America wasn't afraid of them, so I shouldn't be either.

It wasn't long before comics made me literate, and I had Spider-Man, X-Men and Silver Surfer all coming to the house monthly. I breezed through the Infinity Gauntlet at age seven. Due to my love for comics at such an early age, I became the most literate child in my first, second and third grade classes. However, time flew by, and by high school, the only time I was caught reading comics was when I was grounded.

Then came college. I went to military school, so I was not allowed to have comics my first year, or anything else for that matter. Also, academia became so difficult, I didn't have time to read anything but textbooks. Comics were officially out of my life at that point. I went until the age of twenty-three without even touching a comic book!
It was not until I was almost twenty-four when my comic book cravings had a resurgence. It was all due to Christopher Nolan's Dark Knight Trilogy. After watching those movies with a best friend of mine over and over again, we just could not get enough Batman! After spending one afternoon watching all three films back-to-back, we ventured to a local comic shop, and my passion came right back to me. That day I picked up Batman: Arkham Asylum, Batman/Manbat and Batman: Under the Red Hood and it was the rebirth of comic book fever! Before long, I was diving into some of the classic Batman tales such as A Death in the Family, Batman: The Killing Joke, Batman: The Long Halloween and The Dark Knight Returns. Within the span of a couple years, I had read most of the Bat-literature available from the late 70's to present day.


All of this research on Batman got me back into reading the other mainstream titles I loved such as Superman, Green Lantern, Green Arrow and The Flash for DC, and Daredevil, Punisher, The Avengers, X-Men, Spider-Man and Deadpool for Marvel. I was also broadening my horizons by branching out to other labels such as Vertigo, Image and Valiant. Now, I am thirty years old; I know I will always read and love comic books and I will always do my best to read as much of everything out there as I can and report back to you fine "Vigilant Geeks" out there! It's my passion; and as serious readers, it's your right to know what to spend your money on! 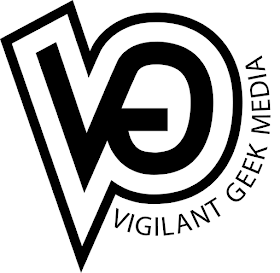